Located about 285 kilometers west of Edmonton, the Town of Hinton enjoys a rich quality of life bolstered by an ardent arts and culture scene. In fact, Hinton is home to nearly 25 cultural organizations – the majority of which are in the performing arts.

In 2015, Hinton Town Council had the vision to create a multi-use facility as a home for theatre production, cinema, lectures and exhibits. This new venue would replace the Roxy Theatre & Performing Arts Centre – devastated by fire in 2009 – which played host to thousands of musical and theatrical performances, festivals and movies since the early 1950s.

With a touch of irony, the new Performing Arts Theatre of Hinton (PATH) along Switzer Drive was converted from an older Fire Hall/RCMP building. The two-phase project included the construction of a new Visual Arts/Pottery Studio – a 115 m2 community-use building offering space for local artists to hone their craft and share their work – and secondly, a 1,369 m2 addition and renovation of the existing Fire Hall into a new 170-seat performing arts theatre and cinema.

The fire truck apparatus bays were converted into the theatre with a specialty wood stage and retractable seating to increase the number of potential uses for the space. The primary addition to the building houses the lobby, washrooms and a second-floor sound and data mezzanine. This addition was an exposed wood glulam structure with large windows and a fully functioning bar and concession. A second wood glulam addition to the facility houses the theatre’s back of house space and features a large overhead door allowing productions to easily move stage equipment in and out of the facility. The entire project was outfitted with upgraded finishes and fixtures to provide an upscale atmosphere as soon as patrons walk in the door. To help set the mood for the various events hosted at the PATH, recessed LED fixtures were added in the walls throughout the lobby and theater which can be programmed to any colour and brightness.

The PATH project was nominated for the 2019 Prairie Wood Design Awards in the Institutional Category and is now identified as a destination for performing arts and theatre. 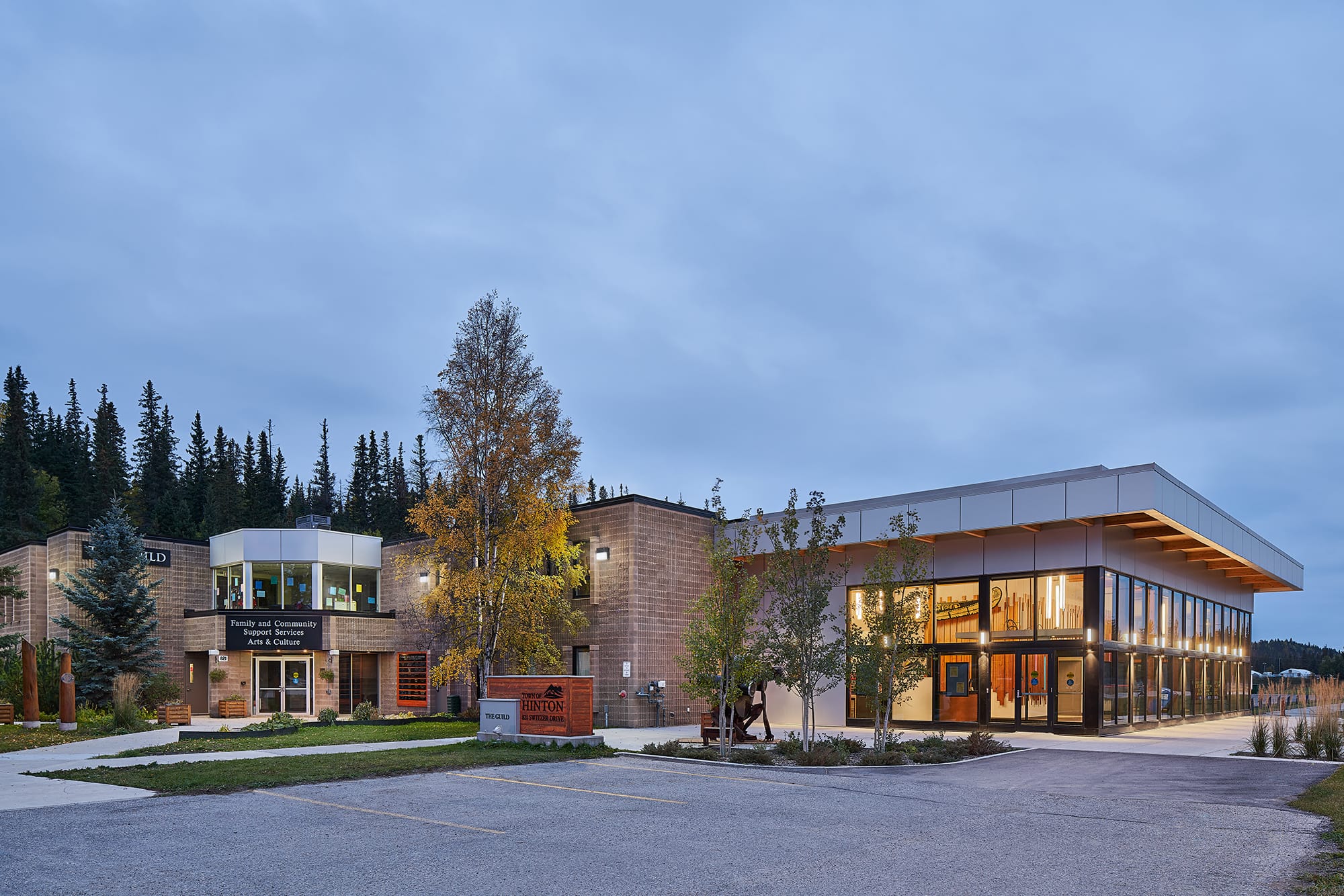 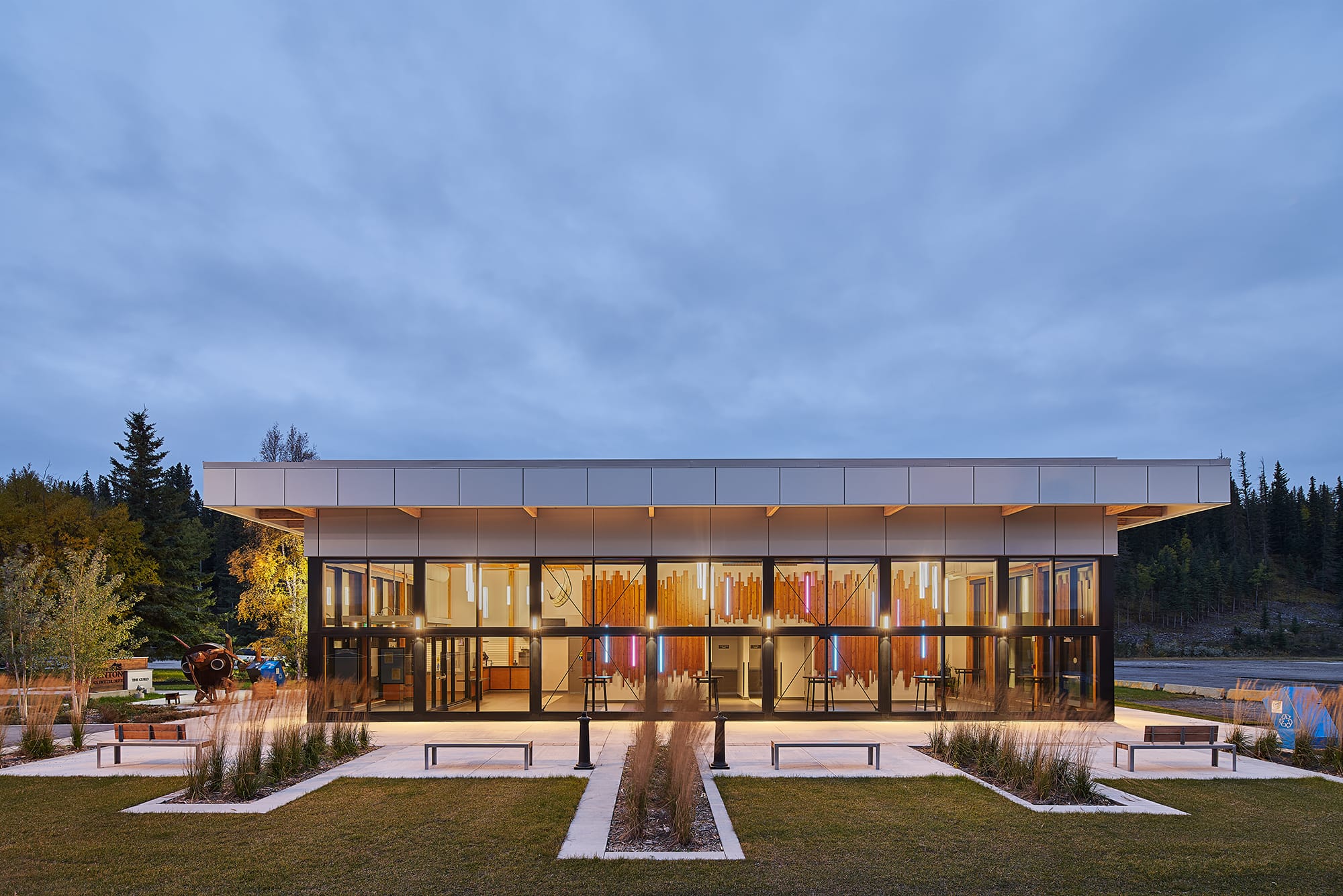 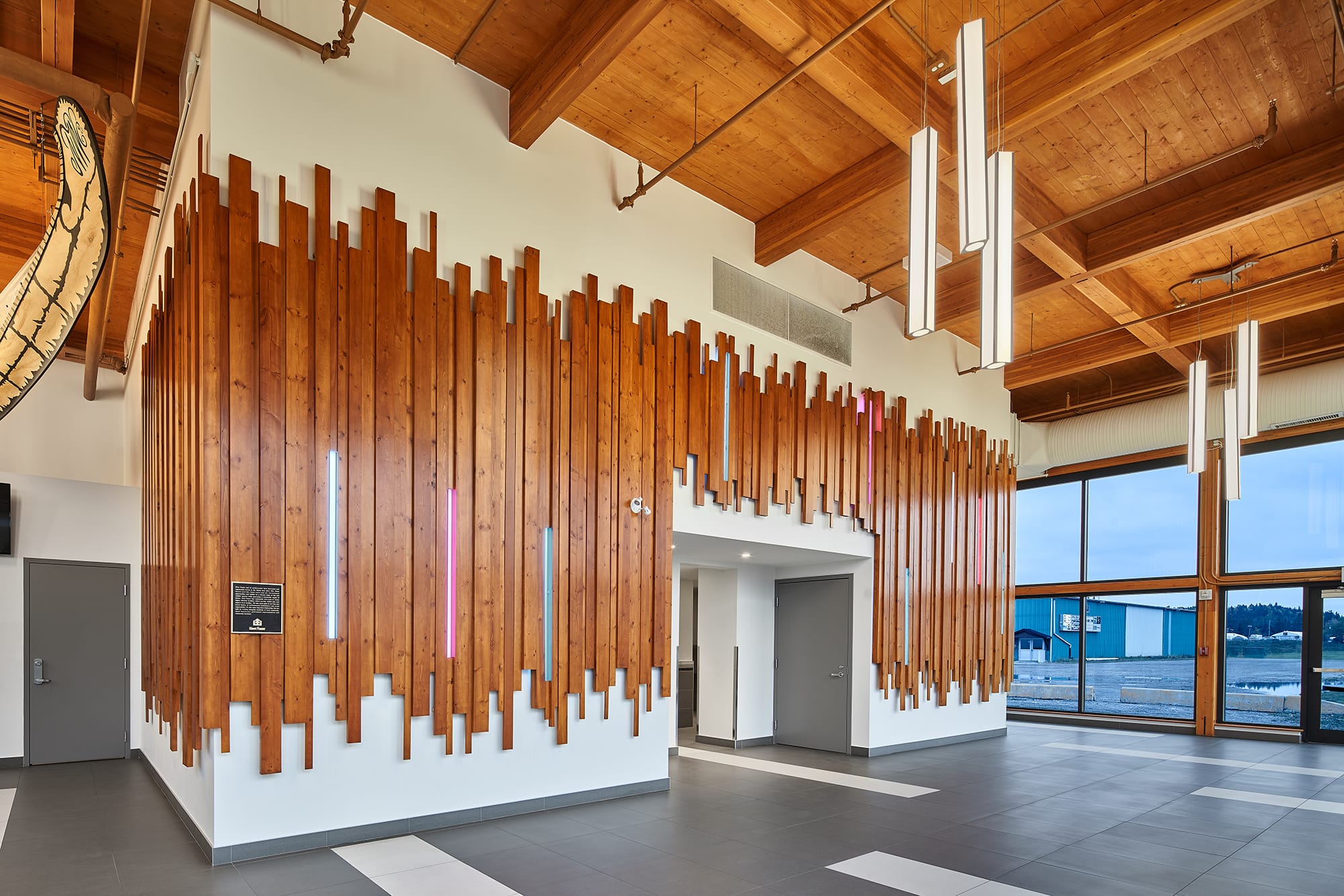 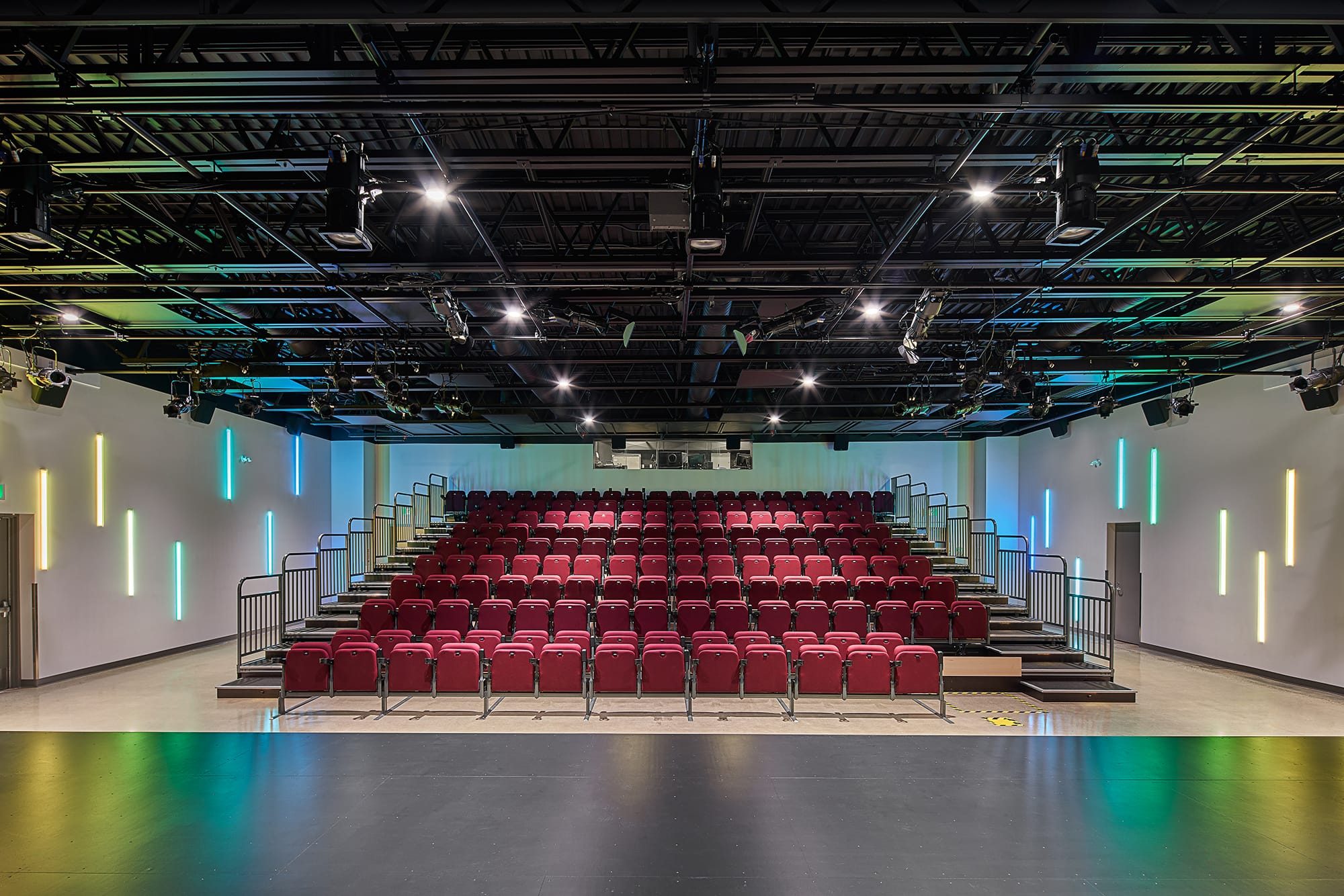 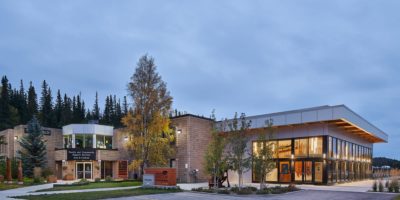 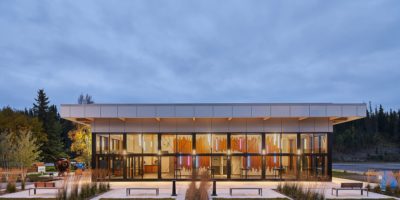 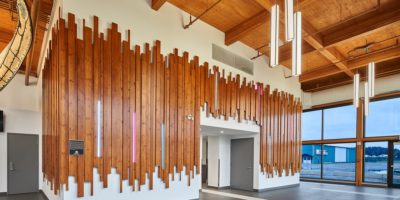 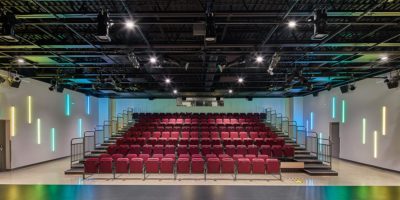